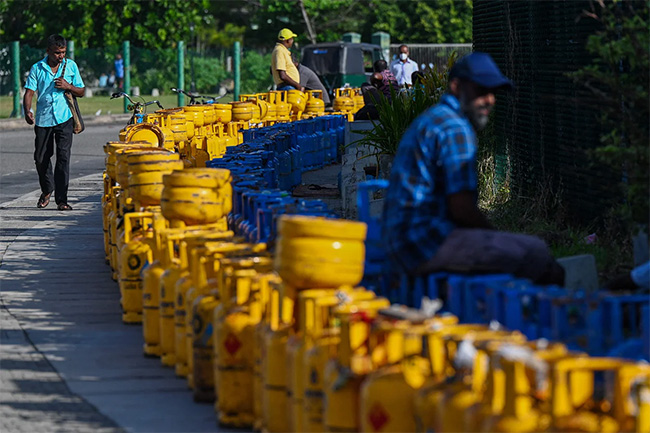 The economy of Sri Lanka contracted by 1.6 percent in the first quarter of the year 2022, the Department of Census and Statistics (DCS) says.

At the beginning of 2022, the Sri Lankan economy began to improve slowly, following a difficult period of time due to the Covid-19 pandemic in 2020 and 2021, with new expectations of economic recovery, the statement read further.

However, unfortunately, within the first quarter of 2022, the economic growth rate was reported to slow down compared to the first quarters of 2021, as a result of the adverse effects of some factors such as inflation, foreign exchange devaluation and dollar deficit, the DCS explained.

The shortage of chemical fertilizers during this period had a severe impact on agriculture production and especially the production of rice declined significantly. “Thus, the agricultural economy recorded the highest decline in this quarter since the year 2015.”

In addition, the restrictions imposed on fuel import which is essential for many industries and services, have reduced the production in all manufacturing industries, including the construction industry as well.

Accordingly, the industrial sector has also reported a significant decline in the first quarter of 2022.

The three major economic activities of the economy; ‘Agriculture’, ‘Industry’ and ‘Services’ have contributed their share to the GDP at current prices by 8.1 percent, 31.1 percent and 55.6 percent respectively, while ‘Taxes less subsidies on products’ component has contributed 5.2 percent of share to the GDP in the first quarter of 2022.