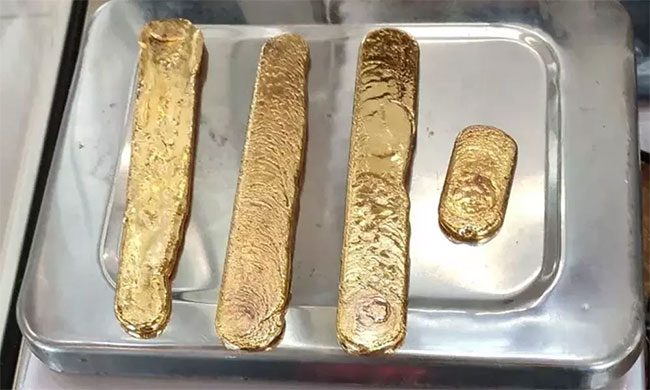 Over two kilograms of gold worth 9.85 million Indian rupees was seized at the domestic airport in Chennai and a Sri Lankan national was arrested in this connection, the Customs department of India said on Saturday.

Acting on specific inputs, the officials intercepted the passenger who arrived in Chennai from Mumbai on Friday and recovered 11 bundles of foreign-origin gold paste concealed in his baggage, an official release said.

The gold weighed 2.13 kilograms worth INR 98.55 lakh and was seized under relevant sections of the Customs Act, 1962 of India. The passenger was arrested, Indian media reported.