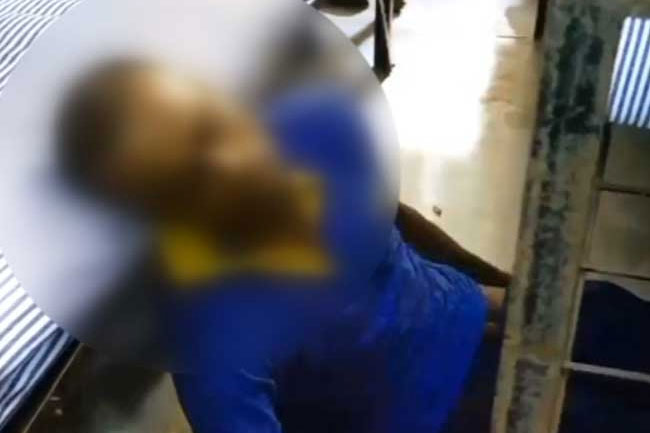 The post-mortem examination has revealed the cause of death of the inmate who had died under suspicious circumstances at the Kandakadu Rehabilitation Centre last week.

The post-mortem examination had been carried out at the Polonnaruwa District General Hospital today (05).

According to the autopsy, it has been uncovered that the death of the inmate was caused as a result of complications from assault injuries inflicted all over his body by a blunt weapon.

Late into the night of June 28, a tense situation had been reported at the Kandakadu Treatment & Rehabilitation Centre in Welikanda, following the death of an inmate detained at the centre.

The tense situation that ensued within the premises due to unruly behaviour of a large number of inmates, had continued until the next morning.

The other inmates had raised concerns about the suspicious nature of the death of the fellow inmate who was caught by the instructors while in possession of tobacco the day before the incident.

At around 8.00 a.m. on June 29, more than 600 inmates had breached the two main entrance gates and escaped from the facility. A majority of them have been apprehended so far while a few are said to be still at large.

Following the incident, the Commissioner-General of Rehabilitation Major General Dharshana Hettiarrachchi said that an impartial investigation will be carried out into the death of the and that anyone found guilty would be punished regardless of their position.

Meanwhile, the police said a piece of wire and two bamboo sticks suspected to have been used to assault the inmate were found.

On July 01, Welikanda Police arrested two army staff sergeants and two air force personnel, who were serving as assistant instructors at the facility, over the inmate’s death.

They were remanded until July 14 after being produced before the Polonnaruwa Magistrate’s Court.

Meanwhile the Commissioner General of rehabilitation says that the investigation report related to the incident is likely expected to be received today (05).

He added that the report is expected to be handed over to the Minister of Justice Wijayadasa Rajapaksa within today (05) or tomorrow (06).

An investigation group consisting with four members were appointed to investigate and to forward a report on the incident that occurred in the rehabilitation centre.

Will not give up... this struggle will continue  Cardinal Ranjith

Sri Lanka's farmers out of the frying pan, into the fire

All govt schools to resume normal functioning from tomorrow

Will not give up... this struggle will continue  Cardinal Ranjith

Sri Lanka's farmers out of the frying pan, into the fire

All govt schools to resume normal functioning from tomorrow