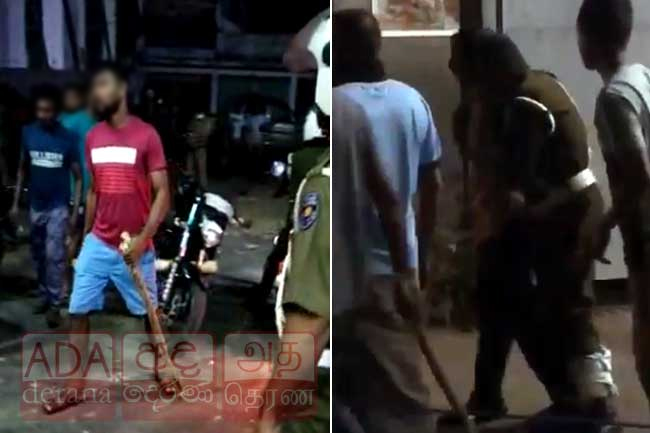 The police have arrested 13 people in total for their unruly conduct at a filling station in Wellawaya town.

According to the police, the suspects had hurled stones and bottles at the filling station after it was announced that the pumps have run dry.

A tense situation had ensued as the people who queued up outside the filling station to obtain fuel began to display violent behaviour.

Reportedly, one police officer who was on duty sustained injuries in the incident, while the signboard of the filling station was damaged.

The arrestees were identified as residents of Passara, Ethiliwewa and Wellawaya areas, aged between 18 and 45 years.

The police also took 20 motorcycles into custody, along with the 13 suspects, who are to be produced before Wellawaya Magistrate’s Court later today (July 06).

In another development, two intoxicated people were arrested in Galgamuwa area for their unruly behaviour at a filling station.

They had berated and threatened the police officers on duty, the manager and the employees of the filling station.

The arrestees, identified as a teacher and a regional reporter, are slated to be produced before the Galgamuwa Magistrate’s Court later today.