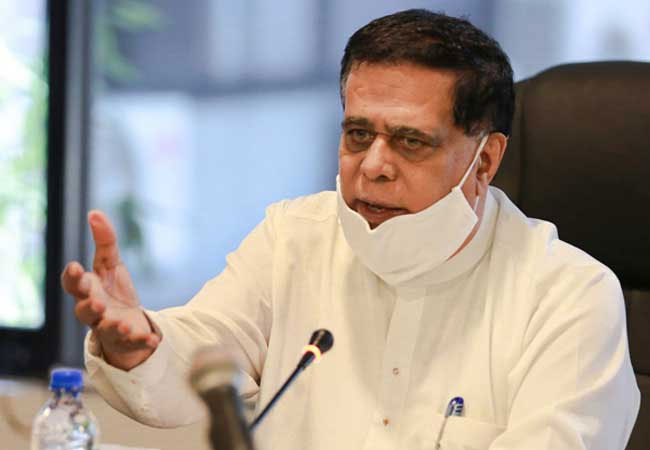 Minister Nimal Siripala de Silva has temporarily resigned from his ministerial portfolios until an investigation carried out on the President’s directive regarding the accusation made by the Opposition Leader.

President Gotabaya Rajapaksa has ordered an immediate formal investigation into the allegations raised by the Opposition Leader in Parliament yesterday (05) regarding a transaction made between the Ministry of Aviation Services and a private company, the PMD said.

On the instructions of the President, Nimal Siripala de Silva will temporarily step down from the position of Minister of Ports, Shipping and Aviation Services until the investigations are completed, the statement said. 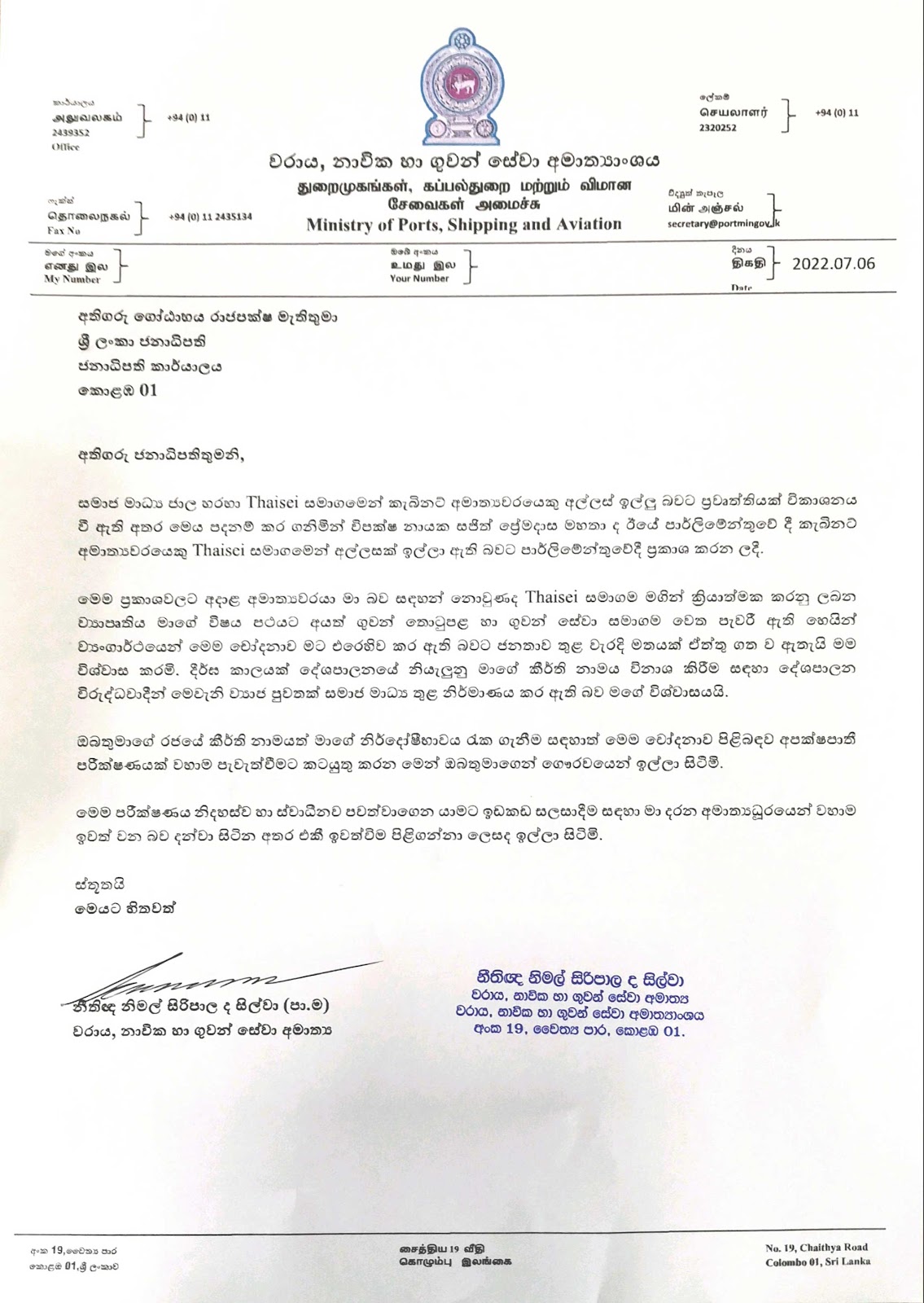