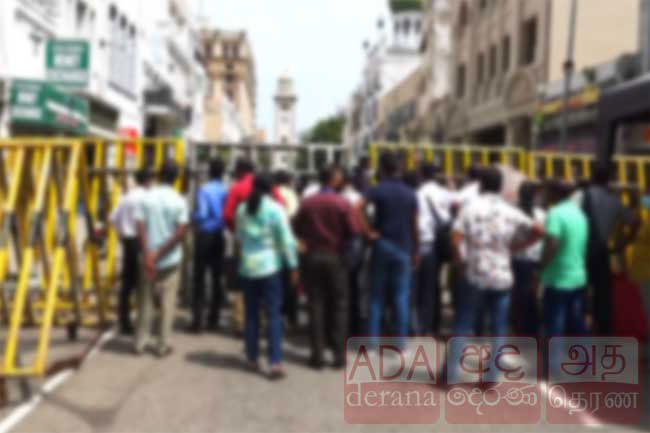 Colombo Fort Police has obtained a court order against a protest demonstration to be staged by a group of Buddhist monks and other religious leaders at Olcott Mawatha today (07).

Police said the Colombo Magistrate’s Court has issued an order preventing a group of Buddhist monks, other religious leaders and their members from entering Olcott Mawatha and obstructing or inconveniencing the public by gathering at any other place in the vicinity of Pettah.

The Police Headquarters stated that the order has been issued after considering the facts submitted to the Colombo Magistrate’s Court in accordance with the provisions of the Code of Criminal Procedure by the Pettah Police OIC regarding a protest that was organized to be held in the Pettah area today (07).

According to the provisions of the Criminal Procedure Code, permission has been given to forward the order to the general public and the police headquarters points out that violating this order is an offense according to the Penal Code.