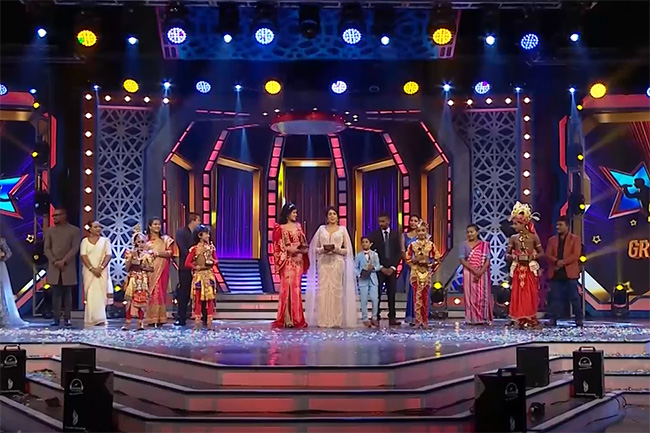 The Grand Finale of Derana Little Star – Season 11 wrapped up a short while ago following some spectacular performances by young artists who showcased their talents.

After a multitude of preliminary rounds held with the participation of hundreds of contestants, season 11 of the competition concluded tonight (Aug 06) with grandeur.

The contestants competed under two age categories (Under 08 and Under 12) to be adjudged the most talented stars in dancing and singing.

Meanwhile, the most popular stars were selected by the audience through voting.

Winners are as follows: