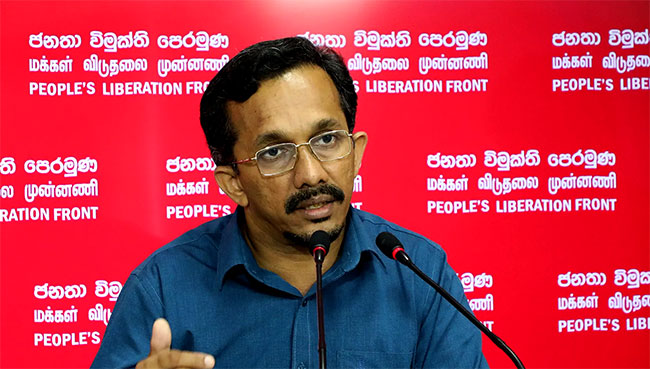 JVP pulls out of talks with President on all-party govt

The Janatha Vimukthi Peramuna (JVP) says it will not participate in the discussion which was scheduled to be held tomorrow with President Ranil Wickremesinghe regarding an all-party government.

Accordingly, the party has decided to submit its relevant proposals to the President in writing, former JVP MP Sunil Handunnetti told Ada Derana.

A meeting between the President and the Janatha Vimukthi Peramuna (JVP) was initially scheduled to be held tomorrow (09) to discuss the proposed all-party government.

The JVP had previously said that although they would attend the talks with the President, the party will not support the formation of an all-party government.