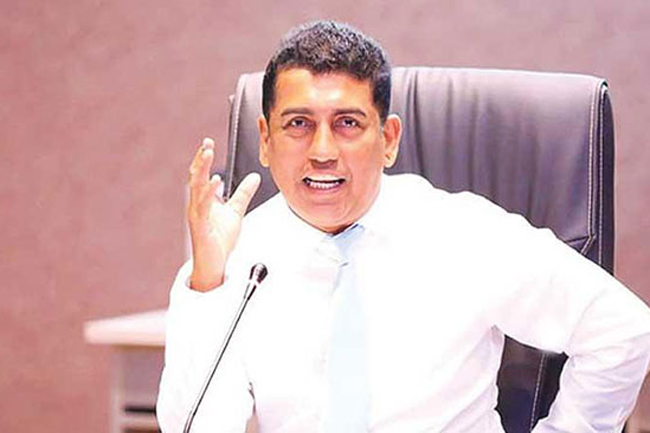 The Colombo High Court today (August 09) served indictments on MP Johnston Fernando and three others over a bribery allegation.

They were subsequently released on

The case, filed by the Bribery Commission for removing employees of Lanka Sathosa from official duties and engaging them in political activities, was called before Colombo High Court Judge Nawaratne Marasinghe this morning.

After the indictments were served, the High Court judge ordered to grant bail to the accused. Accordingly, the accused were released on cash bails each valued at Rs. 50,000 and personal bails of Rs. 1 million each.

The judge also imposed an overseas travel ban on the accused until the proceedings of the case are concluded.

The accused were ordered to hand over their passports to the custody of the high court and to report to the Bribery Commission on the final Sunday of every month.

Meanwhile, the pre-trial conference of the case was fixed for the 30th of September.

During the administration of the Yahapalana Governance, the Bribery Commission had lodged a case before Colombo Magistrate’s Court against Johnston Fernando for allegedly using 153 employees of Lanka Sathosa in political activities while serving as the Minister of Cooperatives and Internal Trade between 2010 and 2014 and incurring a loss to the tune of Rs 40 million to the government.