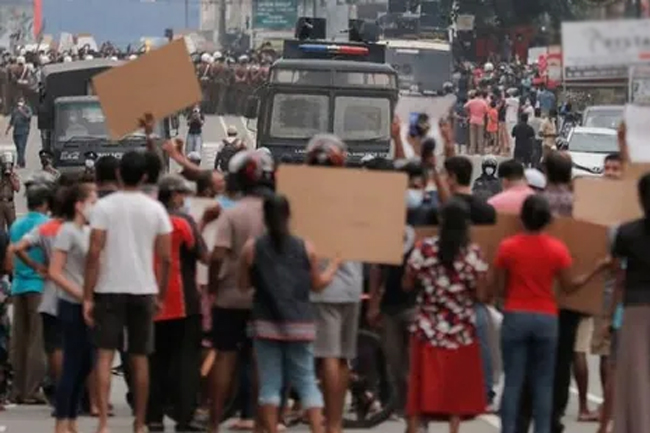 Trade Union Coordination Centre (TUCC) has decided to organize a series of protests across the island today (Aug 09), declaring the day as a national day of demonstrations.

Co-convener of the Trade Union Coordination Centre, Ravi Kumudesh stated that the purpose of the decision is to urge the President to show due respect to the Aragalaya movement and to present a proper program for the social transformation expected by the public.

During these protests, a proclamation by the people will be issued to the ruling party of the country while it is also decided to hold several protests all across the island, said Ravi Kumudesh.

He further added that they expect to draw the attention of the government via this proclamation and to present to the country how the future should be outlined against the backdrop of the administration of current President Ranil Wickremesinghe who is turning the country to a different direction by repressing and imprisoning the people while unleashing violence on those who are involved in Aragalaya.

“Please understand what the public demand at the moment, and work towards it. If not the Aragalaya will not come to an end.”