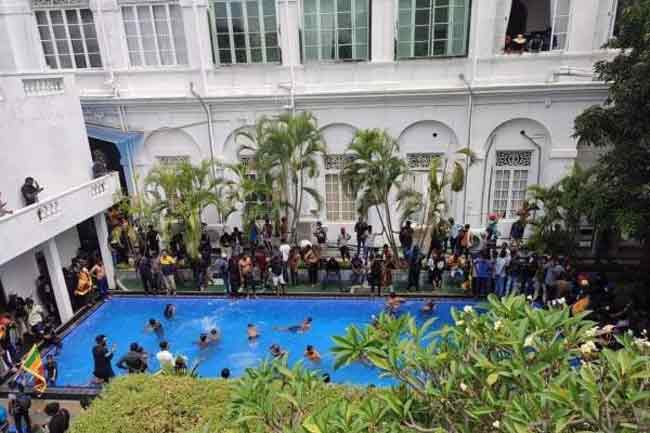 Another person arrested over forcible entry to Presidents House

A suspect has been arrested in connection with the forcible entry into the President’s House in Colombo and obstructing the duties of police officers.

The 32-year-old suspect, who is residing in the Koswatte area, was arrested on charges of engaging in a demonstration by being a member of an unlawful assembly at Bank of Ceylon Mawatha in Colombo Fort, damaging public property and criminal coercion by obstructing the duties of police officers on July 09.

The relevant suspect was handed over to the Slave Island Police after he surrendered to the Colombo Central Division crimes unit, yesterday (08).

Meanwhile, another suspect has been arrested with regard to the forcible entry to the Temple Trees and damaging its properties.

The arrestee is a 53-year-old resident of the Colombo 03 area.