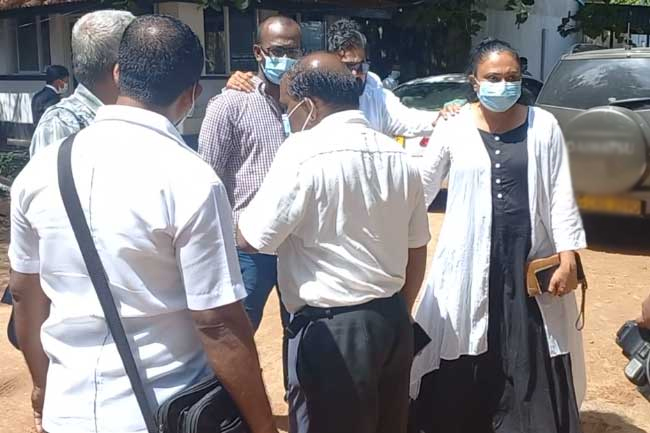 They appeared before the court in compliance with a notice issued on them previously.

Presenting submissions, Slave Island Police told the magistrate that the suspects were produced before the court in connection with obstructing the police officers on duty at the entry road to the Colombo Magistrate’s Court and a bus through unlawful assembly on May 25.

Appearing on behalf of the accused, President’s Counsel Upul Jayasuriya alleged that the police have fabricated the charges filed in the case.

Taking the submissions presented by both sides, the magistrate ordered to release the suspects on bail and fixed the proceedings to be taken up again on November 28.

The accused were also ordered to record statements with the Slave Island Police tomorrow (Aug 10).