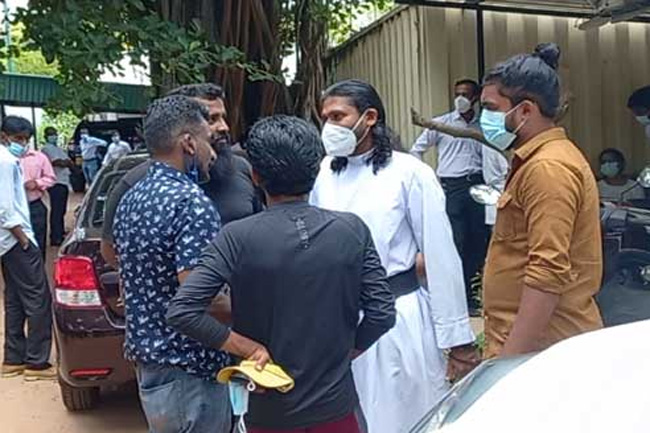 Rev. Fr. Jeewantha Peiris, who was an active figure of the Aragalaya protest movement, arrived at the Colombo Fort Magistrate’s Court premises this morning.

The police have already submitted B reports to the court against Fr. Peiris over Galle Face protests-related incidents.

Fr. Peiris later filed a fundamental rights (FR) petition with the Supreme Court seeking an order to prevent his arrest. He cited that the respondents named in the petition are trying to arrest him without a justifiable reason.

They were named as suspects in a case filed against them for taking part in unlawful assembly and blocking the entry to Lotus Road, Finance Ministry and Presidential Secretariat.