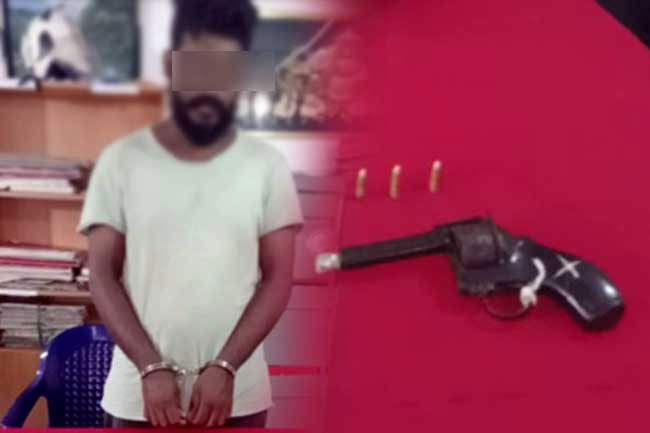 A suspect has been arrested in the Hikkaduwa area with a foreign-manufactured revolver, police said.

The suspect was arrested during a raid conducted based on information received by the officers of the Police Special Task Force (STF) Jayawardanapura camp.

During the raid, the firearm along with 03 bullets were taken into police custody.

Police said that the arrested suspect is a 24-year-old resident of Kalupe area in Hikkaduwa.

The suspect is to be produced before the Balapitiya Magistrate’s Court and Mitiyagoda Police is conducting further investigations in this regard.

Meanwhile, a person has been arrested with a foreign-made firearm in the Wariyapola area.

The suspect is a 37-year-old resident of Dikwehera area and he is to be produced before the Wariyapola Magistrate’s Court.