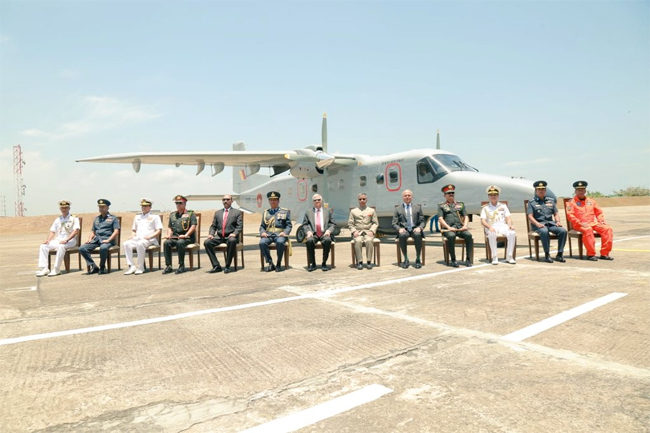 The aircraft was officially handed over to President Ranil Wickremesinghe by High Commissioner of India Gopal Baglay at SLAF Base in Katunayake.

In a tweet, the Indian High Commission said “Like fruits of other areas of cooperation with India, the gift of Dornier to Sri Lanka Air Force is of relevance to Sri Lanka and a step to meet its requirements for maritime safety and security.”

It is an example of India’s strength adding to the strength of its friends and neighbours, including those in the Indian Ocean region and the Bay of Bengal, such as Sri Lanka, the High Commission noted.

Addressing the event, Indian envoy Mr. Baglay stated that the security of India and Sri Lanka is enhanced by mutual understanding, mutual trust and cooperation. Gifting of Dornier 228 is India’s latest contribution to this cause, he added.

The Dornier 228 will be flown and maintained only by a crew of 15 SLAF personnel who were specifically trained in India for a period of four months consisting of pilots, observers, engineering officers and technicians along with the supervision by the Indian government’s technical team attached to SLAF comprising of engineering officers and technicians.

During the Defence Dialog between India and Sri Lanka on January 09, 2018, in New Delhi, the Sri Lankan government sought the possibility of obtaining 02 Dornier Reconnaissance Aircraft from India to enhance the maritime surveillance capabilities of Sri Lanka.

As a sequel to the request from Sri Lanka, India agreed to provide 01 Dornier 228 Maritime Patrol Aircraft from the Indian Naval Fleet on gratis basis for the first two years of the interim period since it would be required two years to manufacture new aircraft.

The Indian Naval Dornier (INDO – 228) is a Short Take Off and Landing (STOL), multirole light transport aircraft with a turboprop twin-engine, produced since 1981.

Dornier GmbH of Germany being the Original Equipment Manufacturer has produced 245 aircraft during the period of 1981-1998. Subsequently, Hindustan Aeronautics Limited commenced the production of Dornier aircraft, under the license of Dornier GmbH since 1993. 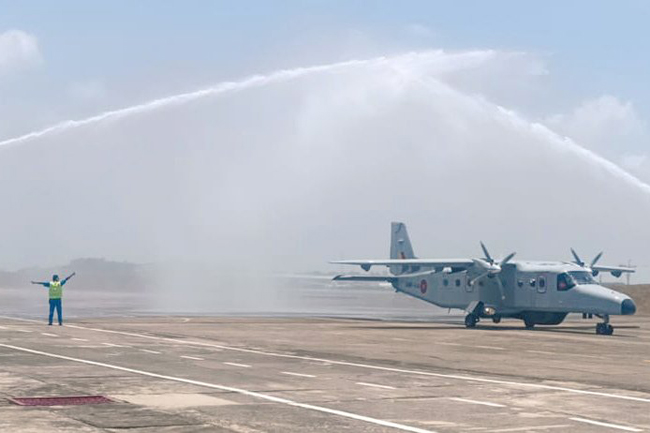 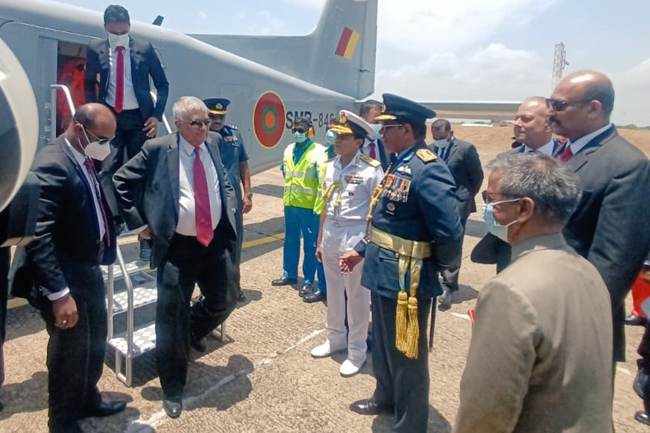 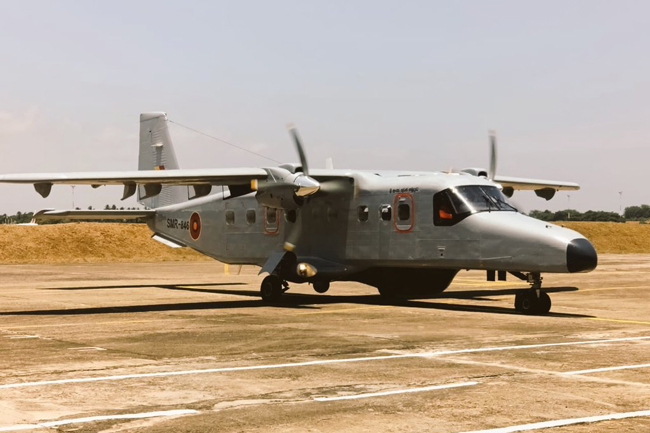