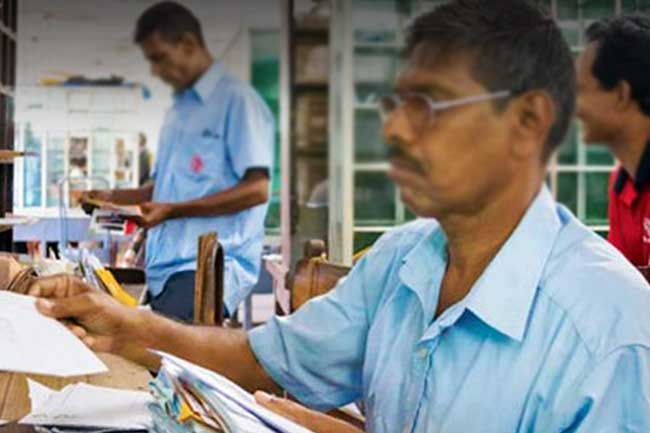 The revised postal charges come into effect today (Aug 15). Accordingly, the Department of Posts stated that the postal rate for a normal letter which was at Rs. 15.00, is increased to Rs.50.00.

It is also mentioned that the registered postal fee which prevails at Rs.30 has moved up to Rs.60.

Under the facility to post letters on subsidized charges for charitable and voluntary organizations, the postage fee for a letter weighing up to 20 grams has been revised from Rs. 12 to Rs. 30.

However, the Department of Posts stated that 07 conditions must be completed for this postal rates revision.

The postal charges for letters received by the Central Mail Exchange and distributed in the Colombo city limits (01-15), have been revised from Rs. 12 to Rs. 30 and several conditions have been added to this as well.

It is stated that the fee for open printed matter parcels and letter service has been revised from Rs. 12 to Rs. 30.

Further, the freight charge for Sri Lanka Post Courier Service is increased to Rs.200 for parcels weighing up to 250 grams.

The Department of Posts stated that the aforementioned measures have been taken in accordance with the current customer requirements and the market competition.