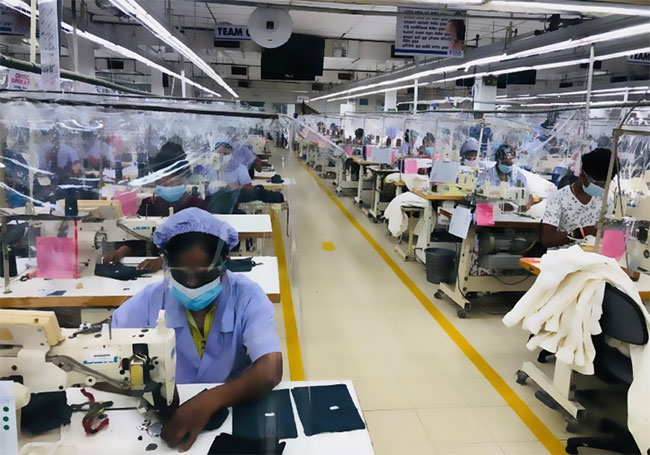 Britain has launched a scheme to extend tariff cuts to hundreds of products, such as clothes and food, from developing countries including Sri Lanka, part of London’s post-Brexit efforts to set up systems to replace those run by the European Union.

“The UK’s new Developing Countries Trading Scheme (DCTS) is one of the most generous sets of trading preferences of any country in the world, and will benefit Sri Lanka by boosting the economy and supporting jobs,” the British High Commissioner in Colombo Sarah Hulton said.

She said Sri Lanka will continue to benefit from duty free exports to the UK on more than 80% of products and that the DCTS will remove tariffs on over 150 additional products.

It will also simplify some seasonal tariffs, meaning additional and simpler access for Sri Lanka’s exports to the UK.

In June, British Prime Minister Boris Johnson said he wanted to start a new trade system to reduce costs and simplify rules for 65 developing countries to replace the EU’s Generalised System of Preferences, which applies import duties at reduced rates.

“As an independent trading nation, we are taking back control of our trade policy and making decisions that back UK businesses, help with the cost of living, and support the economies of developing countries around the world,” Trevelyan said in a statement.

The DCTS covers 65 countries including Sri Lanka, simplifies rules such as rules of origin, which dictate what proportion of a product must be made in its country of origin, and removes some seasonal tariffs, such as making cucumbers tariff-free in the winter.

Products that are not widely produced in the UK, like olive oil and tomatoes, will also have lower or zero tariffs, making them cheaper to import.

The scheme also simplifies complex trade rules, including so-called rules of origin, making it easier for businesses in countries like Bangladesh to export clothes to the UK.

Broadly, the scheme will ensure British businesses benefit from more than £750m a year of reduced import costs, which the Department for International Trade said would lead to more choice and lower costs for UK consumers to help with the cost of living.

Trade Secretary Anne-Marie Trevelyan highlighted the fact the scheme goes further than its EU equivalent, adding: “As an independent trading nation, we are taking back control of our trade policy and making decisions that back UK businesses, help with the cost of living, and support the economies of developing countries around the world.

The scheme replaces the UK Generalised Scheme of Preferences, which was rolled over from EU membership, and will come into force in early 2023.

It covers 37 countries in Africa, 18 in Asia, eight in Oceania and two in the Americas.

Sri Lanka is among 8 countries under the scheme’s Enhanced Framework that will receive a preference of “0% import tariffs on two-thirds of product lines”.

Bolivia, Cape Verde, Kyrgyzstan, Mongolia, Pakistan, Philippines and Uzbekistan are the other countries under the Enhanced Framework.

The scheme reduces and removes those tariffs reduced or removed by the EU GSP.