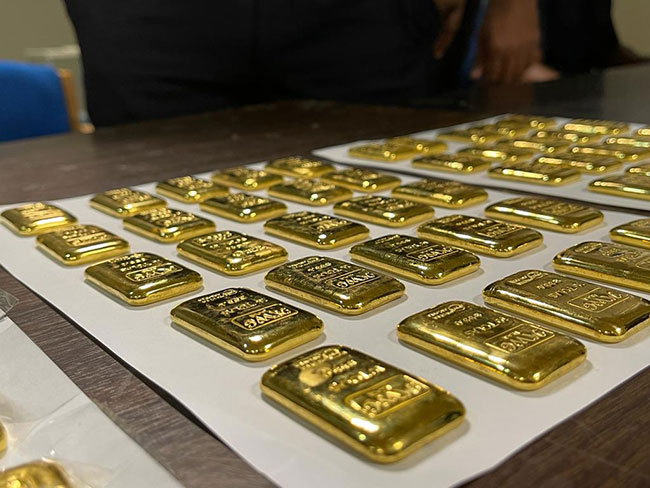 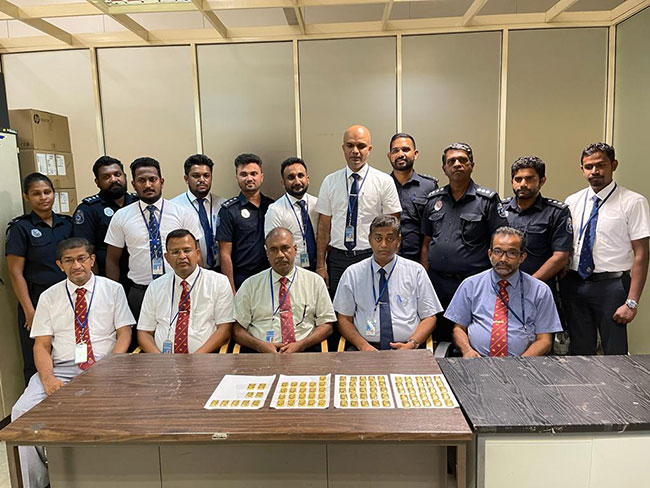 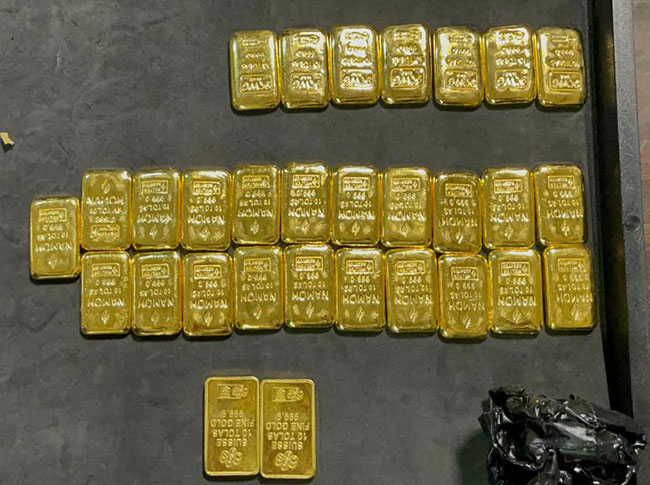 Two suspects including an airline passenger and a female staff member of a Duty Free shop have been arrested at the Katunayake Airport while attempting to smuggle 9.5 kg of gold biscuits worth over Rs. 200 million into the country.

Sri Lanka Customs said a passenger who had arrived from Dubai by the flight EK650 and a female staff member of a Duty Free shop at the airport have been taken into custody.

The detection and the investigation are carried out by the officers attached to Narcotics Control Unit of Sri Lanka Customs at the airport.

Around 80 gold biscuits were found in the possession of the suspects while the total value of the gold taken into custody is estimated at Rs. 205 million.