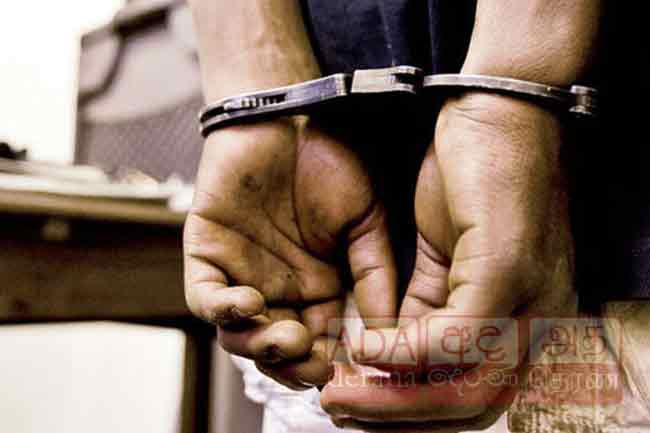 A Grama Niladhari officer who allegedly threw an 8-year-old child into a canal has been arrested by the police.

The incident is reported from Polgahawela area while the arrested suspect has been identified as the Grama NIladhari officer of Udapola in Polgahawela.

According to reports, the child had been watching an elephant bathing from near a canal bank.

It has been revealed in the initial investigation that the Grama NIladhari officer in question who came along the bank in a drunken state had picked up the child and threw him into the canal.

It has also been revealed that the child who was thrown into the canal has suffered a fracture.

The 54-year-old suspect will be produced before court today.