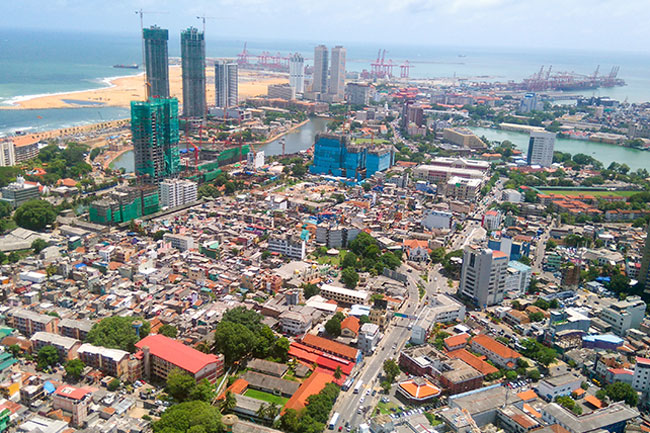 Land value in Colombo District accelerates in first half of 2022

Land value in Colombo District increased substantially in the first half of the year 2022, the Central Bank of Sri Lanka (CBSL) says.

According to the Statistics Department of the Central Bank, the Land Valuation Indicator (LVI) for Colombo District climbed to 186.9 with a year-on-year change of 17.0 percent during the first half of the year.

This annual increase (17.0) and the semi-annual increase (4.6%) of the Land Valuation Indicator, showed deceleration of the increasing trend observed in the second half of 2021.

All sub-indicators of the Land Valuation Indicator, namely Residential LVI, Commercial LVI and Industrial LVI contributed to the overall increase.