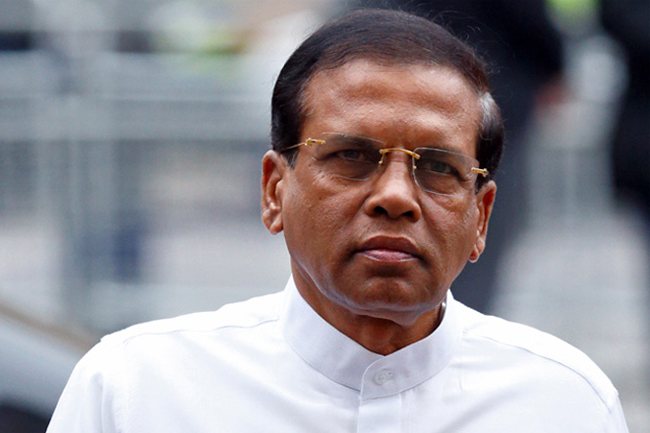 The former president provided a statement with regard to the presidential pardon to Royal Park murder convict Jude Shramantha Jayamaha.

In early November 2019, former President Sirisena released the convict, who was sentenced to death over the Royal Park murder case in 2005, on presidential pardon.

Shramantha Jayamaha was convicted of murdering 19-year-old Swedish national, Yvonne Jonsson on July 01, 2005, and was sentenced to 12 years in prison by the Colombo High Court.

In 2012, the Appeals Court overturned the sentence on Shramantha Jayamaha from 12 years to a death sentence.

Later, in October 2013, the Supreme Court confirmed the death sentence given by the Appeals Court to Shramantha Jayamaha.

Yvonne Jonsson was residing at her apartment on the 23rd floor of the Royal Park complex in Rajagiriya while her body was found on the 19th floor.

Following backlash on the move, Sirisena clarified that granting of the presidential pardon was carried out on the recommendations of a special committee of officials, civil organizations, and several distinguished members of the society, citing that Jayamaha has served his sentence in prison with good behaviour and conduct while undertaking studies to complete his external degree and to work for a PhD.