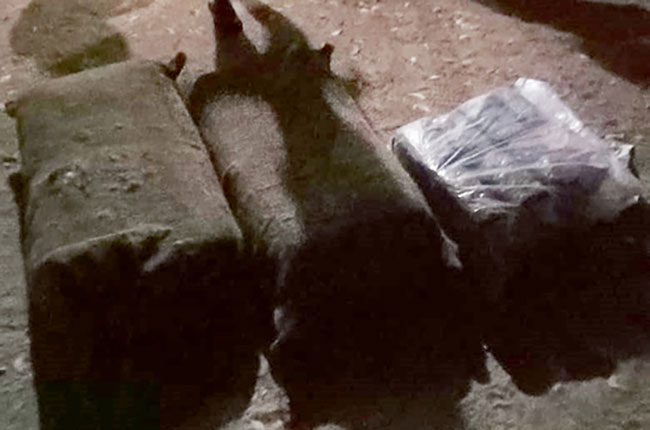 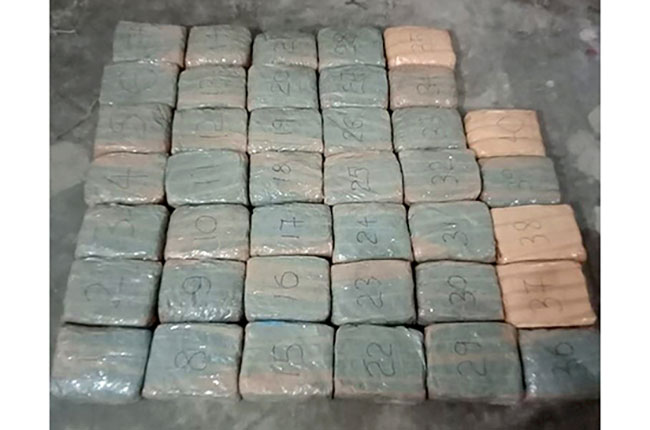 Navy seizes Kerala cannabis worth over Rs. 27 million in Jaffna

A foot patrol conducted by Sri Lanka navy personnel in the beach area of Saukkadi, Madagal in Jaffna has led to the seizure of about 93kg and 200g (wet weight) of Kerala cannabis this morning (19).

The seizure was made by SLNS Agbo in the Northern Naval Command after searching a shrimp-weir off Saukkadi, during a foot patrol conducted in the beach area this morning.

The recovered Kerala cannabis was found stuffed in 40 packages, and weighed about 93kg and 200g (wet weight) in total.

It is believed that smugglers might have left behind the consignment in the shrimp-weir, being unable to bring it ashore, due to naval operations in the area.

Meanwhile, the street value of the seized consignment of Kerala cannabis is believed to be over Rs. 27 million.

The stock has been kept in the naval custody, until onward investigation into the incident gets underway, the SLN said.