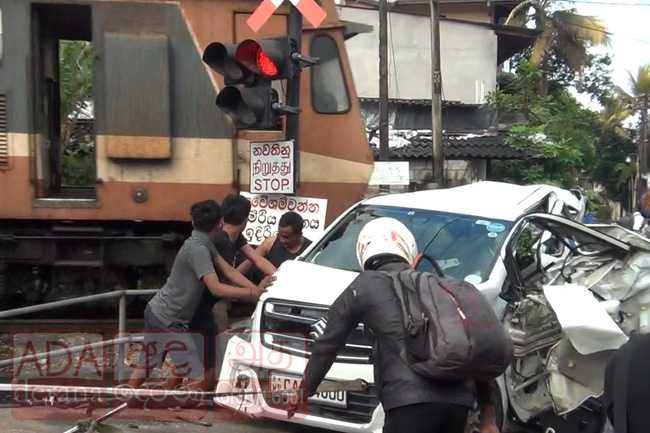 Woman critical after train collides with car at Pangiriwatta

A car in which a couple was travelling, has collided with a train near Pangiriwatta railway station in Nugegoda.

The woman who was travelling in the car has been hospitalized with critical injuries, said Mirihana Police.

The couple, who reportedly reside in close proximity to the Pangiriwatta railway station, were involved in the accident a few minutes after leaving their home and while on their way to Dimbulagala, early this morning (21).

The car had collided with a train travelling from Avissawella to Colombo near the Pangiriwatta railway crossing.

Following the collision, the car had been dragged along the track with the train and stopped in front of Pangiriwatta railway station, the police added.

According to the police, the car, two telephone poles and the headlight of the train have been damaged in the accident.

Mirihana police are conducting further investigations regarding the incident.