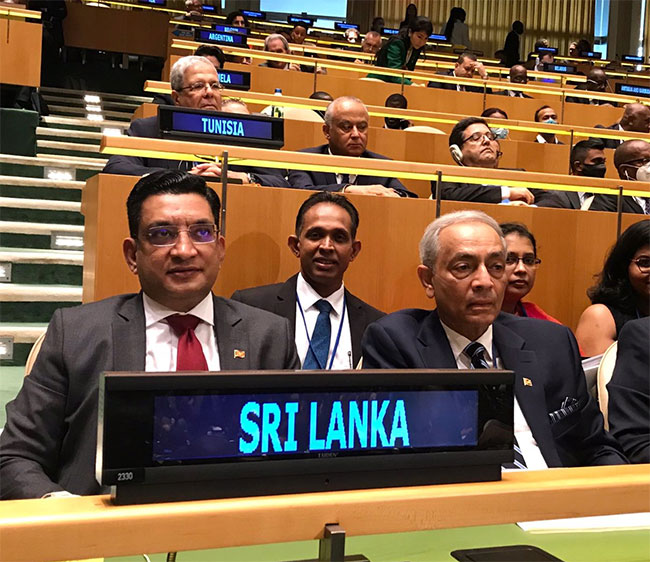 Minister of Foreign Affairs Ali Sabry who is leading the Sri Lanka delegation to the 77th Session of the United Nations General Assembly (77th UNGA) has met a number of leaders of delegations of the UN member states and addressed several high-level events in New York.

Foreign Minister Sabry met the President of the United States of America Joseph Biden and First Lady Dr. Jill Biden at a dinner reception hosted by the US President.

The Minister also met the Assistant Secretary General and Regional Director for the Asia Pacific of the UNDP Kanni Wignarajah for a discussion on future UNDP projects in Sri Lanka, the foreign ministry said.