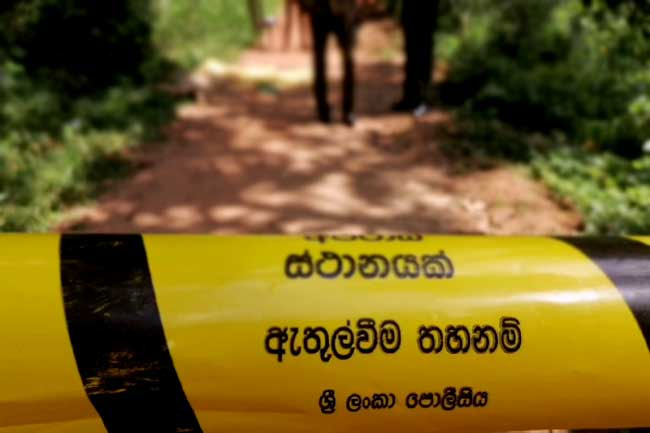 A woman has been killed while her husband has sustained critical injuries following a knife attack near the Borupana Bridge in Boralesgamuwa.

According to reports, the married couple had been waiting near the Borupana Bridge as they were preparing to travel to a function of a relative last night (23).

As they were waiting at the location, two persons had arrived on a motorcycle while the pillion rider had suddenly attacked them both with a sharp object.

They were both rushed to the Kalubowila Hospital in critical condition while the woman had succumbed to injuries while receiving treatment.

The deceased is a 34-year-old woman from Badowita who was temporarily residing at Boralesgamuwa.

Residents in the area had managed to capture the attacker and the motorcycle rider while the former has also been admitted to the Kalubowila Hospital.