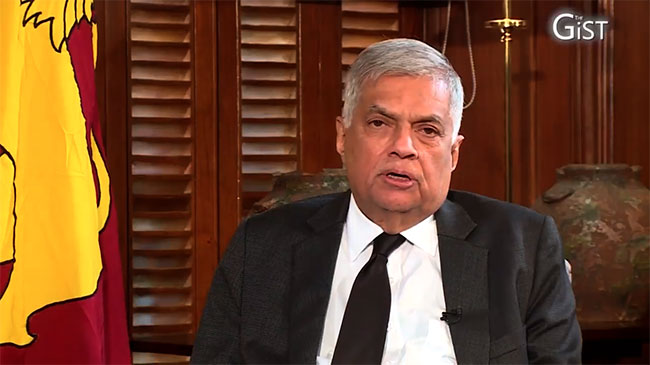 President Ranil Wickremesinghe says that discussion on restructuring Sri Lanka’s bilateral debt has already commenced with India and China at a lower level and that he is visiting Japan to discuss their role it the process.

He stated that talks with China would go to a higher level probably after the National Congress of the Chinese Communist Party.

The President stated this during an exclusive interview with StratNews Global Editor-in-Chief Nitin A. Gokhale.

Responding to a question regarding the progress made thus far with regard to resolving the economic crisis, he said:

“So, if you are looking at what is the phase we are in, okay we are implementing the prior actions that are required under the staff-level agreement and we have started the discussions with the bilateral creditors. Once that’s over I think we have to do with the private creditors.

“I’m going to Japan to discuss with the Japanese government their role. We already started some talks with India, but at a lower level. We are just starting the talks with China. We’ll have to go to a higher level, but we have to now see whether we do it before the party conference or after.

“Since we are just starting the talks it may have to be just after the conference. But we will first talk with Japan then we will have the discussion with India.”

The Sri Lankan President also admits that allowing a Chinese research vessel to dock at Hambantota last month was a difficult decision.

He said the decision to allow the ship was taken while Gotabaya Rajapaksa was President and that his government found no grounds to reverse that decision.

India had expressed its strong objection over Sri Lanka’s move to allow the ship, after which the Lankan government delayed its arrival, drawing displeasure from China.

Wickremesinghe also defended his comment that Hambantota Port was being used as a “punching bag”.