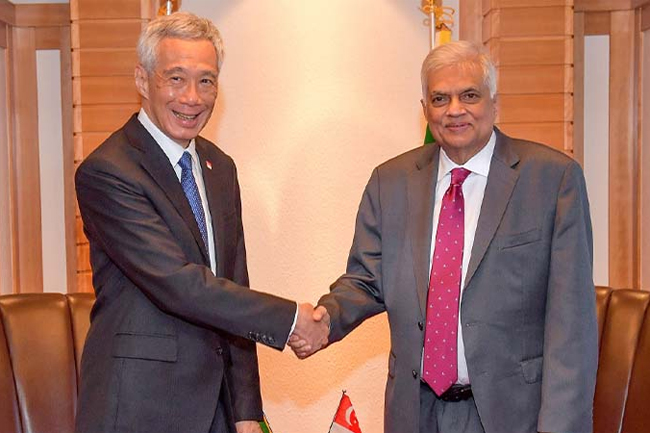 During the discussions, President Wickremesinghe informed the Singaporean Prime Minister that an international trade office was being established in the President’s office.

He also explained that his priority was to bring into effect the Free Trade Agreement with Singapore.

Prime Minister Lee Hsien Loong welcomed the news and stated that Singapore was looking forward to investing in Sri Lanka once again.