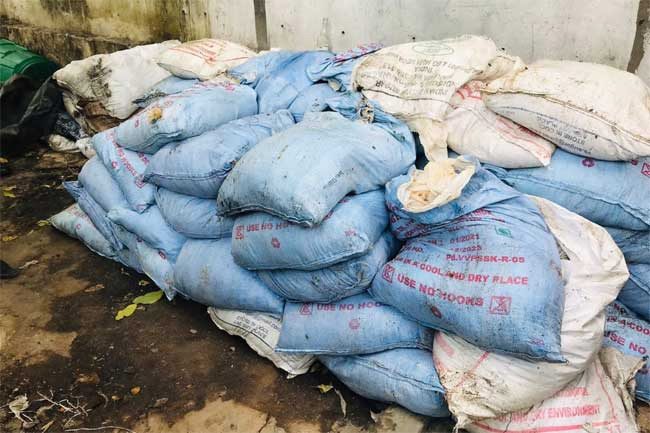 Two suspects have been arrested in the Peliyagoda area, with a stock of sugar unfit for human consumption.

The raid was carried out based on a tip-off received by the officers of the Police Special Task Force (STF) at the Gonahena camp.

During the raid, Police STF seized 3,000 kilograms of sugar unfit for human consumption.

The two suspects, aged 41 and 48, who were taken into custody while at the warehouse where the sugar consignment was stored, have been handed over to the office of the Public Health Inspector (PHI) in Peliyagoda along with the stock of sugar, for further investigations.