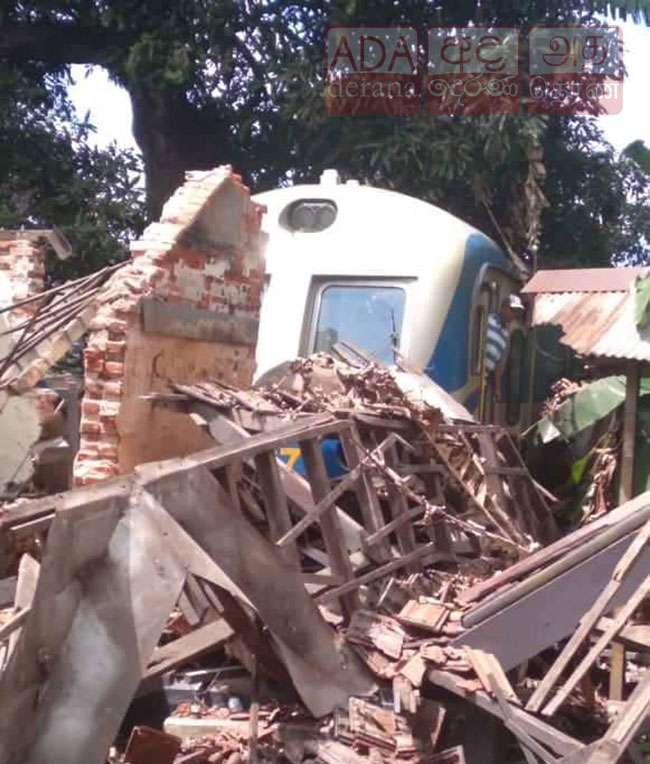 An incident of a train crashing into a building has been reported from Dematagoda.

The train in question had been operating on the track at the Dematagoda railway yard and had crashed into an old building in that premises, causing serious damage the building.

The train which was being brought to the yard for maintenance had reportedly gone past the stopping limit, ran off the track and crashed into the old building.

According to the police, preliminary investigations have revealed that the accident had occurred due to the engine driver falling asleep.

A police officer said that the railway department is conducting an internal investigation into the accident.

However, it is reported that no person was injured in the incident.