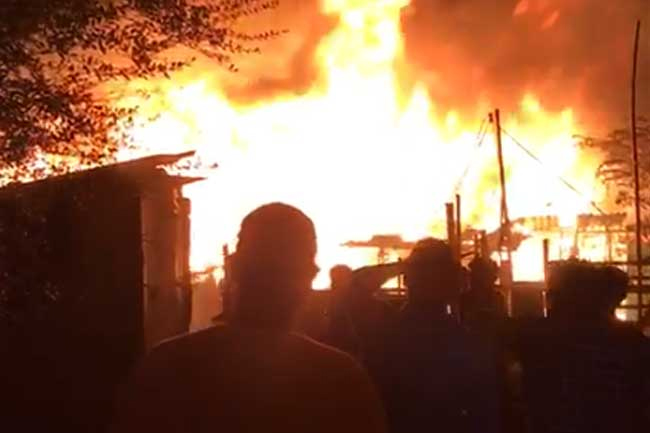 At least 50 houses gutted in massive fire in Thotalanga

UPDATE (10.20 PM): The fire which broke out near Kajeemawatta flats in Thotalanga has been extinguished.

A major fire broke out near Kajeemawatta Flats in Thotalanga this evening (Sep. 27), the fire bridage said.

A total of 12 fire trucks were dispatched to douse the flames.

According to reports, at least 50 houses were completely gutted in the fire.

However, no casualties are reported in the tragic incident, Ada Derana correspondent said.