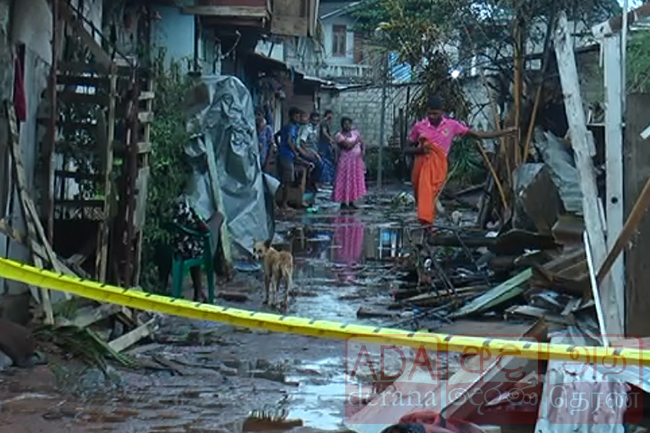 At least 80 houses have been gutted in the fire that broke out near the Kajeemawatte Flats in Thotalanga at around 8.00 p.m. last night (Sep. 27), the police said in an update on the incident.

According to reports, the number of people displaced by the tragic incident stands at 220. The affected people are temporarily staying at the Kelani Nadee Viharaya and Muwadora Uyana community hall.

A massive erupted near the Kajeemawatte Flats in Thotalanga in the late hours of Tuesday and a total of 12 fire trucks were deployed to douse the flames.

The fire was doused in a joint operation by the fire brigade and the residents of the area.

However, no casualties are reported in the incident.

Meanwhile, President Ranil Wickremesinghe, who is on an official visit to Japan, has instructed the President’s Secretary Saman Ekanayake to take steps to provide immediate relief to all the residents affected by the fire.

The President had given directives to Secretary Saman Ekanayake to intervene immediately and direct the Colombo GA, Commanders of Tri-Forces, the Fire Brigade, the Health Department, the Urban Development Authority and all other relevant government agencies to look into the needs of the people who were residing in the apartment complex and provide them the required facilities immediately.

Accordingly, all relevant departments have already taken steps to provide the maximum intervention required to douse the fire and provide all other necessary facilities promptly.