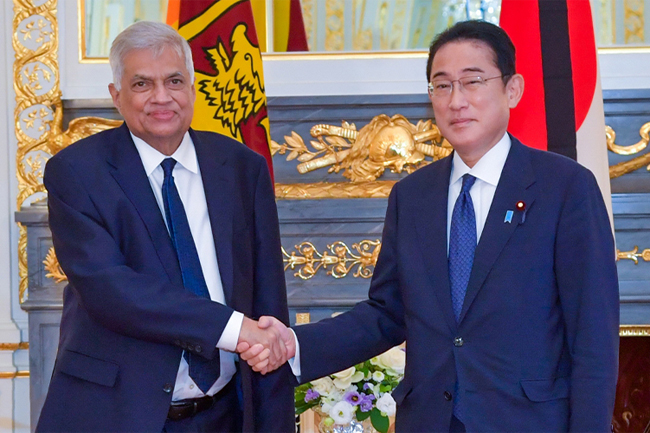 The meeting took place at Akasaka Palace in Tokyo.

The Japanese Prime Minister warmly welcomed President Wickremesinghe and extended his best wishes on his appointment to the Office of President.

The two leaders held discussions on further strengthening relations between the two countries.

President Wickremesinghe left the island on Sep. 26 on an official visit to Japan and the Philippines.

During his two-day official visit to Japan, the President also attended the funeral ceremony of former Prime Minister of Japan Shinzo Abe to pay his last respects to the assassinated leader.

After concluding his Japan visit, President Ranil Wickremesinghe is scheduled to leave for the Philippines later today to preside over the meeting of the Governors of the Asian Development Bank (ADB).

The President is scheduled to return to the island upon completion of his official tour on September 30.