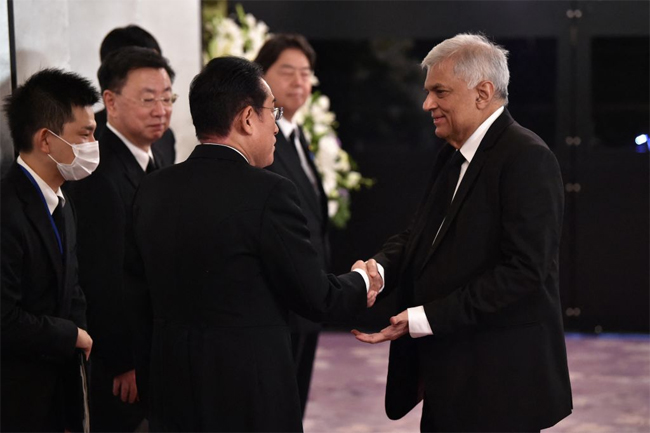 President Ranil Wickremesinghe has concluded his official two-day visit to Japan and is set to depart Tokyo shortly.

The next destination of President Wickremesinghe is Manila in the Philippines where he is slated to chair the meeting of the Governors of the Asian Development Bank (ADB).

During his visit to Japan, the Head of State attended the state funeral ceremony of former Prime Minister of Japan Shinzo Abe and paid his last respects to the assassinated leader.

During his meeting with Minister Hayashi, Sri Lanka’s progress with the International Monetary Fund (IMF) was taken up for discussion. Mr. Hayashi expressed his country’s willingness to take a leading role in Sri Lanka’s creditor talks.

While in the Philippines, President Wickremesinghe will hold discussions with his counterpart, President Ferdinand Romualdez Marcos Jr. and the President of the Asian Development Bank (ADB) Masatsugu Asakawa.