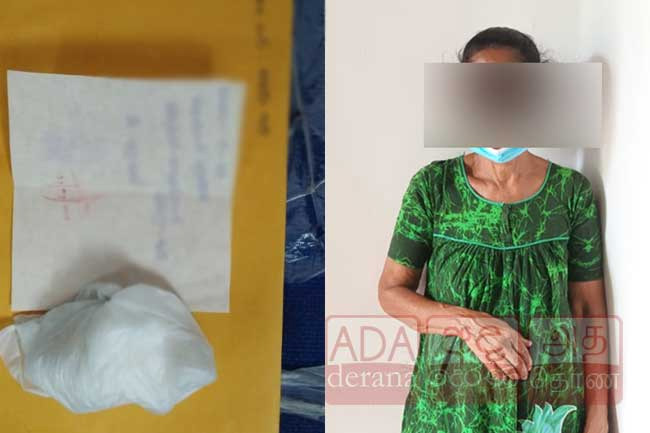 Woman found to be in possession of Ice arrested

Police Special Task Force (STF) has arrested an elderly woman with crystal methamphetamine, (commonly known as ‘Ice’) in her possession.

The apprehension was made at the Bloumendhal Road of Colombo 15.

The arrested woman was identified as a 63-year-old resident of the Kibula Ela area of Madampitiya.

Police STF has taken 52 grams of ‘Ice’ into custody, from the suspect’s possession.

Probes revealed that the arrested woman is the mother of imprisoned large-scale drug smuggler named Ratnam Ranjith alias “Gorilla Ranji”, who runs the drug syndicate and underworld activities of the notorious drug peddler and organized criminal gang member infamously known as “Kimbula Ele Guna”, who is currently in hiding overseas.