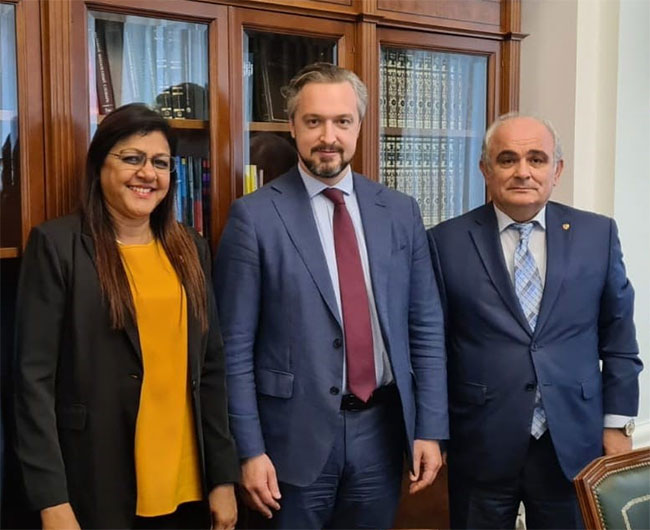 The Embassy of Sri Lanka in Moscow announced that a productive discussion was held with the Russian Government on the possibility of obtaining a long term credit line in order to procure fuel to Sri Lanka.

The Ambassador of Sri Lanka to the Russian Federation, Prof. Janitha A. Liyanage attended this discussion on the 17th October representing Sri Lanka and emphasised the significance of such a credit line to Sri Lanka to procure fuel, especially at this trying time.

The Sri Lankan Embassy in Moscow said it is of the view that this credit line facility will play an important role to make adequate fuel supplies available to Sri Lanka at a competitive price in the months to come.