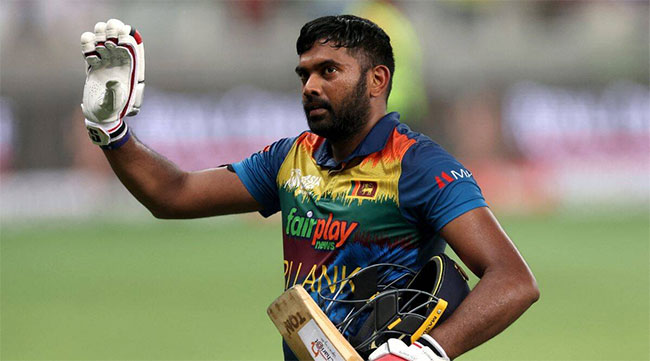 Sri Lanka Cricket (SLC) have named a 16-member squad for the three-match ODI series against Afghanistan, just a day before the first encounter is scheduled to kick off in Kandy.

All-rounder Bhanuka Rajapaksa, however, has withdrawn his name from the team following the approval of his request to take a break from ODIs.

The SLC stated in their media release that all-rounder Bhanuka Rajapaksa has been granted permission to withdraw from the squad given the 31-year-old’s wish to take a break from ODI cricket.

“Bhanuka Rajapaksa has requested that Sri Lanka Cricket release him from the current squad, as he wants to take a break from ODI cricket. Accordingly, Rajapaksa will be released from the squad,” it said.

Reports state that Rajapaksa, a mainstay for the team at number five in 50-over cricket, would be provided with a No Objection Certificate by the authorities to take part in the ongoing Abu Dhabi T10 League.

Sri Lanka Cricket (SLC) has announced a list of 16 players that will take part in the upcoming ODI series against Afghanistan beginning November 25, with all three games set to take place at the Pallekele International Cricket Stadium in Kandy.

The squad is still pending approval from the country’s Ministry of Sports and Youth Affairs, thereby arising the scope for further modifications ahead of the first encounter.