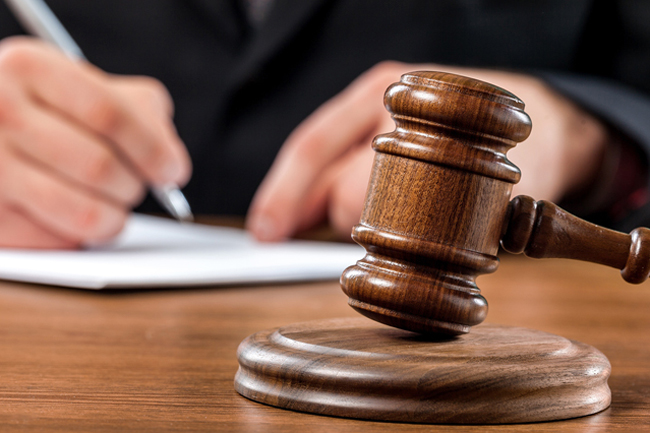 The complainant accused the two police officers of putting up barricades to block the demonstration.

On November 08, appearing on behalf of the Attorney General, State Counsel Shaminda Wickrema raised strong objections to the private plaint.

He stated that material had been suppressed by the complainant and that the Attorney General’s sanction was essential to file a private plaint.

The state counsel added that the court had been wilfully misled and “prostituted”, as held in the case of Rex v Meera Saibo, by the complainant.

President’s Counsel Saliya Pieris, who represented the complainant, said that there was no suppression and no unlawful assembly.

Today, the magistrate gave an order, holding that the Attorney General’s position was correct. He mentioned that the police officers have acted lawfully and even filed a B Report proving their bona fides.