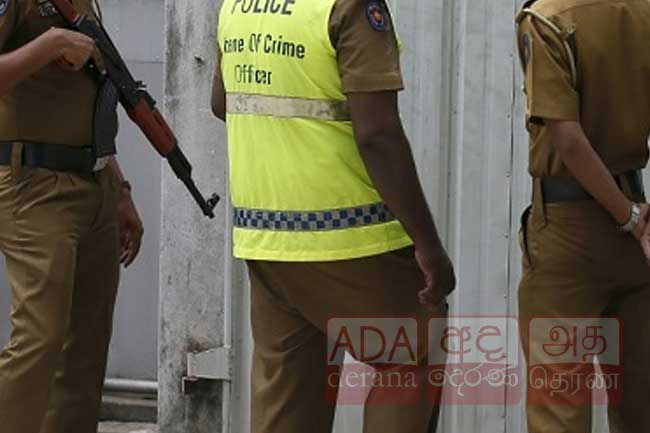 Man hacked to death in Mattakkuliya

A 38-year-old individual has been brutally hacked to death this morning (28) in Mattakkuliya.

The victim, identified as a resident of the area, was rushed to the Colombo National Hospital after three individuals who had arrived in a car at around 10:00 am this morning had committed the murder.

He was pronounced dead on admission to the Colombo National Hospital.

Moreover, the victim is reportedly believed to be a suspect arrested in connection with the Easter Sunday Attacks of 2019 who was released on bail.

Further investigations in this regard are currently underway, Sri Lanka Police stated.