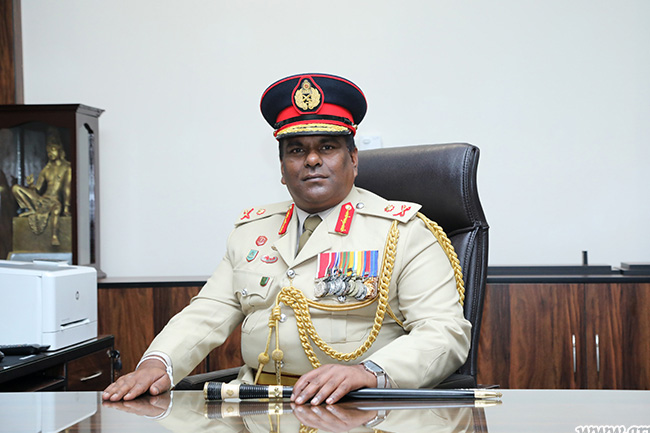 Major General Channa Weerasuriya has been appointed as the Chief of staff of the Sri Lanka Army, the Army Media Division reported.

Major General Channa Weerasuriya who was born in 1968 in Colombo has had his education at Mahanama College, Kollupitiya where he excelled in sports and various scopes.

He joined the Army as an Officer Cadet in 1986 and was commissioned as a Second Lieutenant into one of the most respected Infantry Regiments in the Sri Lanka Army, the 1st Battalion of the Sri Lanka Light Infantry in 1987. Major General Weerasuriya has counted over 35 years of reckonable service in the military career. Besides the regimental appointments in every sphere, Major General Channa Weerasuriya has held numerous important appointments in Command and Staff capacity.

The senior officer has been awarded with the ‘Rana Wickrama Paddakkama’ and ‘Rana Sura Paddakkama’ in recognition of his gallantry, invaluable and selfless dedication, and excelling in the face of enemy in the battlefield.

He has obtained the Master’s Degree in Public Management at the University of Sri Jayawardenepura and has attended seminars on ‘Conflict Resolution by Military Means’ held in California, USA and ‘Security of the Countries of South Asia and North Eastern Asia’ held in Mongolia. Major General Channa Weerasuriya has obtained the graduation from the National Security and War Course at the National Defence University of Pakistan.