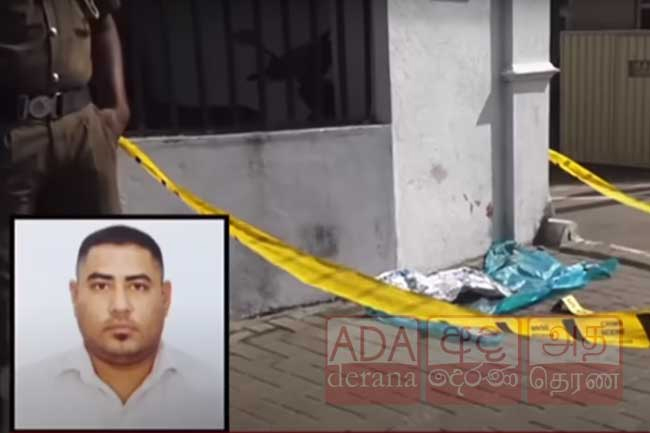 Sri Lanka Police today (Nov 29) confirmed that the individual who was hacked to death in Mattakkuliya yesterday (Nov 28) was, in fact, a suspect arrested in connection with the Easter Sunday attacks in 2019.

Police Media Spokesman SSP Nihal Thalduwa revealed that the deceased was arrested in 2019 along with four other suspects in Ja-Ela over the Easter Sunday attacks.

They had two detonators, two sets of uniforms similar to those used in the Army, two sticks of gelignite and nearly two kilos of ammonia in their possession at the time of the arrest, Thalduwa added.

Three of the five suspects were later released on the grounds that a successful case could not be built against them.

Accordingly, one of the three suspects who were released, identified as a 38-year-old resident of Mattakkuliya, had been murdered in the area last morning.

The victim was rushed to the Colombo National Hospital after three individuals who had arrived in a car at around 10:00 am in the morning committed the murder.

He was pronounced dead on admission to the Colombo National Hospital.

The deceased had been returning home from another court case in which he was accused of money laundering, when the perpetrators followed his car and caused an accident, after which they got out of the vehicle and hacked the victim, Thalduwa said.

An investigation into the incident is currently underway under the supervision of the SSP in charge of the Colombo North Division, however, a motive is yet to be ascertained.

Meanwhile, Opposition Leader Sajith Premadasa too, raised concerns in this regard in Parliament this morning, questioning the lawlessness in the country.

“The killing of an accused in the Easter Sunday Attacks creates a lot of suspicion”, he said in this regard.