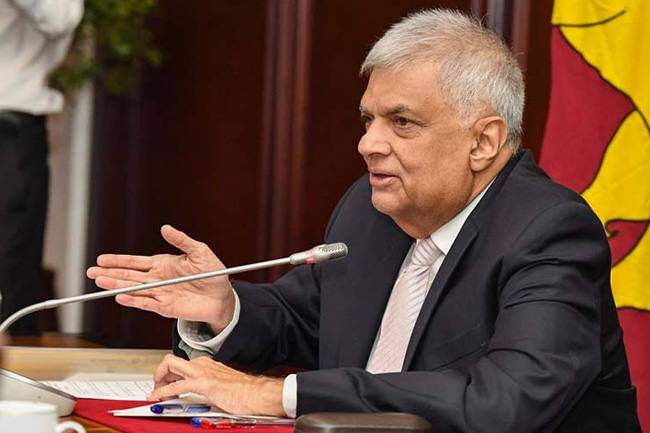 A discussion was held at the President’s office last morning (Nov. 30) chaired by President Ranil Wickremesinghe to identify pieces of land for the promotion of the tourism industry in the Batticaloa District, says the President’s Media Division (PMD).

Accordingly, the identification of coastal lands which belong to the government and private sector from Werugal-Aru to Batticaloa in the Batticaloa District was taken up for discussion, it said.

The aim of this is to develop the area as a tourist zone and make Batticaloa one of the best tourist destinations in 2023, according to the PMD.

Meanwhile in a separate discussion which was held at the President’s office on Wednesday (Nov. 30) under the chairmanship of President Wickremesinghe regarding the future activities of the Sir John Kotelawala Defence University Hospital, the hospital’s plan, facilities and its current problems have been discussed at length.

The officials briefed the President on the lack of human resources and about the financial difficulties, said the PMD.

President Wickremesinghe has pointed out the need to use the available resources effectively and get the maximum benefits and explained the importance of continuing the hospital’s work by solving the problems that have arisen promptly.