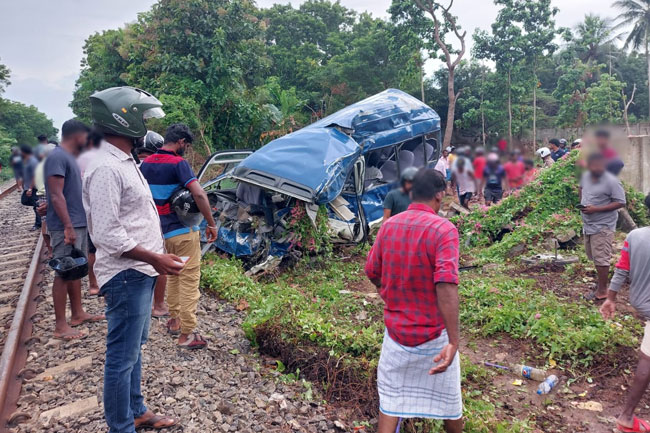 One dead, several others injured after bus collides with train

One person has been reported dead this afternoon (Dec. 01) following a collision between a bus and a train at Ariyalai, Jaffna.

The deceased was later identified as the driver of the bus, Sri Lanka Police reported, while several others were admitted to the Jaffna Hospital after sustaining injuries.

The bus had collided with an inter-city express train running from Jaffna to Colombo.