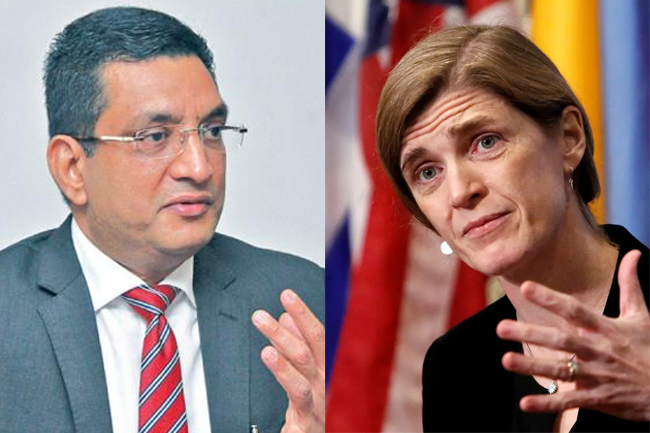 The agency’s spokesperson Jessica Jennings stated that Power has furthered USAID’s understanding of the Sri Lankan government’s priorities and reforms to address the country’s economic crisis.

The duo has discussed how USAID can support a viable path forward for Sri Lanka’s recovery and growth.

Power, who visited Sri Lanka in September this year, reiterated the United States’ commitment to supporting Sri Lanka to help resolve its complex crisis, including addressing of the urgent needs of the island nation’s most vulnerable and marginalized communities. She understood that political reforms need to accompany economic reforms in Sri Lanka, Jennings said further.

The USAID says it remains committed to further cultivating its longstanding partnership with Sri Lanka to help secure peace and prosperity.

Sri Lanka’s foreign minister arrived in the United States on November 29 on an invitation extended by Secretary of State Anthony Blinken.

He is also slated to meet the U.S. State Secretary, the members of Congress and other senior interlocutors of the U.S. government during this visit.

Sabry will return to the island on December 04.