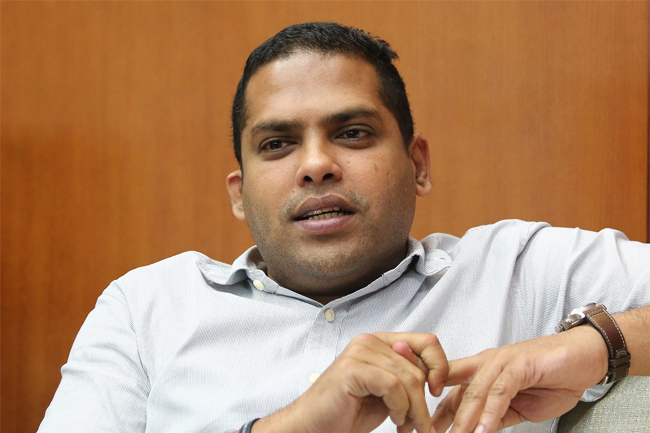 Addressing Parliament a short this evening (08 Dec), Fernando stated that although he understands the difficulties such an increase would bring about to those at the bottom of the economic chain, it is time that both, politicians and the people, understand that such difficult decisions and sacrifices are required to aid Sri Lanka out of its current crisis.

Comparing the period in which Power and Energy Minister Kanchana Wijesekera initially intended to introduce the QR system as a solution to the country’s fuel crisis, Fernando stated that this proposal too, is receiving the same backlash. He noted, however, that it was the QR code system, and other relevant measures, that reduced the lengthy queues.

Similarly, the proposal to increase electricity tariffs too, is another such solution which is intended to aid the country in the long-run, he added.

“There is a possibility of a drought next year.  If this happens in the midst of the losses CEB has incurred thus far and if the electricity tariffs are not increased accordingly, we will have 08-hour long power cuts next year. This fact will not change regardless of whether it us or you that is in power,” Fernando said, adding that the people will adjust to these changes accordingly, and that they too should understand the circumstances the country is currently facing.

Emphasising that Sri Lankan politicians have never made the necessary decisions at the required time and have only instead created divisions amongst each other, and worked to their own benefit,  refusing to rectify the point at which matters turned sour, the Minister asserted that President Ranil Wickremesinghe is merely trying to untangle the web of issues created over the last 74 years.

“This system, however, will not produce instant results as some of you think it will”, Fernando said, further explaining that Wickremesinghe is currently working towards more long-term goals.