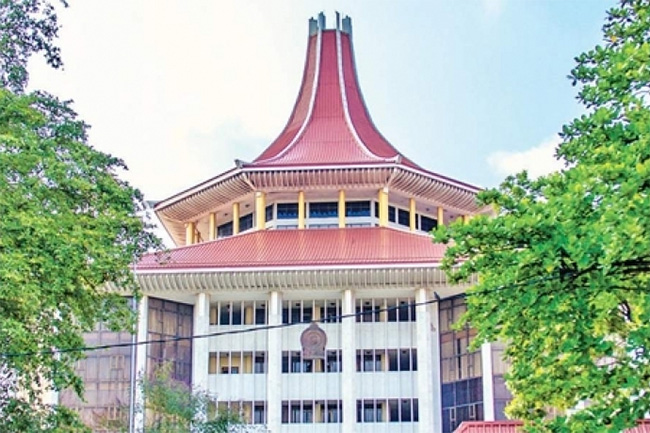 SC grants leave to proceed with 5 petitions against Mahinda, Namal and several others

The Supreme Court today (Dec 09) granted leave to proceed with five Fundamental Rights (FR) petitions against the attack on ‘GotaGoGama’.

The five FR petitions were submitted by five activists alleging that their fundamental rights were violated when supporters of the Sri Lanka Podujana Peramuna (SLPP) carried out a pre-meditated attack on the ‘GotaGoGama’ protest site earlier this year, on 09 May.

Thus, they sought the issuing of two orders, one that would prevent such attacks on peaceful protests and the other that the Inspector General of Police (IGP) prepare the necessary guidelines in this regard.

The petitions were taken up for consideration today (09 Dec) before the Supreme Court bench consisting of Vijith Malalgoda and Janak de Silva.

Although former Army Commander Shavendra Silva was also listed as a respondent, he was released from all related proceedings after the petitioners’ counsel informed the court that they do not intend to conduct a trial against Silva.