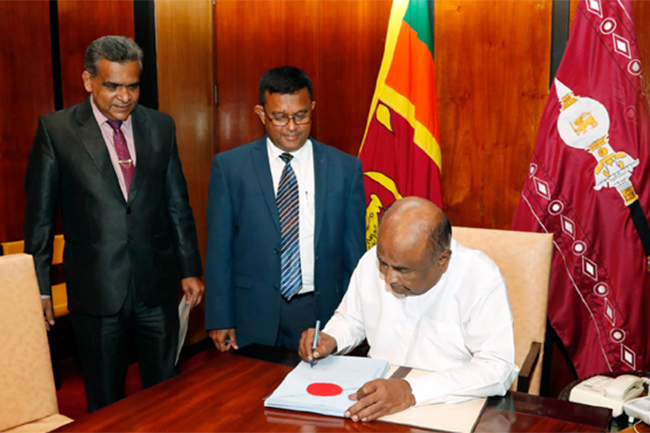 Speaker of Parliament Mahinda Yapa Abeywardena today (Dec. 08) endorsed the certificate on the Appropriation Bill for the fiscal year 2023.

On November 14, President Ranil Wickremesinghe, in his capacity as the Minister of Finance, Economic Stabilization & National Policies, presented the opening speech for the second reading of the Appropriation Bill to Parliament.

The committee stage debate on the Appropriation Bill commenced on November 23 and the voting was held last evening (Dec 08) following a 13-day debate. During this division, the bill was passed by a majority of 43 votes.