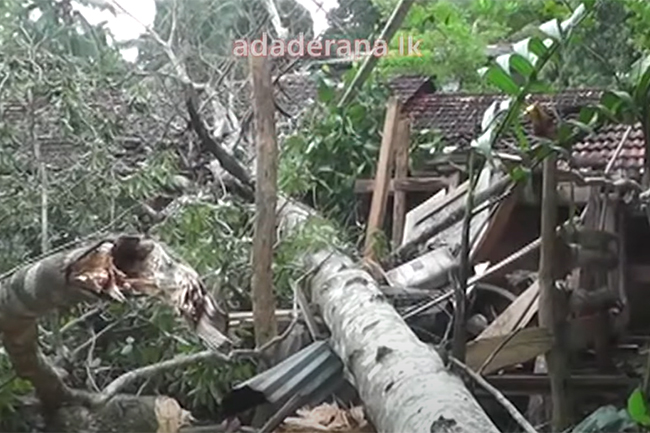 The Disaster Management Centre (DMC) says three people have died so far after the cyclonic storm “Mandous” made landfall in Sri Lanka.

Meanwhile, at least 13,000 houses have sustained damages as a result of prevailing adverse weather conditions.

Reportedly, a 51-year-old woman from Morahela area in Balangoda died after a branch of a tree fell on to her while she was picking tea leaves.

According to the Department of Meteorology, this cyclonic storm located 20km north-northeast of Jaffna near latitude 12.0N and longitude 80.8E at 5.30 p.m. today.

It is expected to move from southwest Bay of Bengal northwestwards and cross northern Tamil Nadu, Punducherry and South Andhra Pradesh coast tonight.

Under the influence of this system, the deep and shallow sea areas of northern and eastern
coast will be very rough to high with very strong gusty winds and heavy rain.