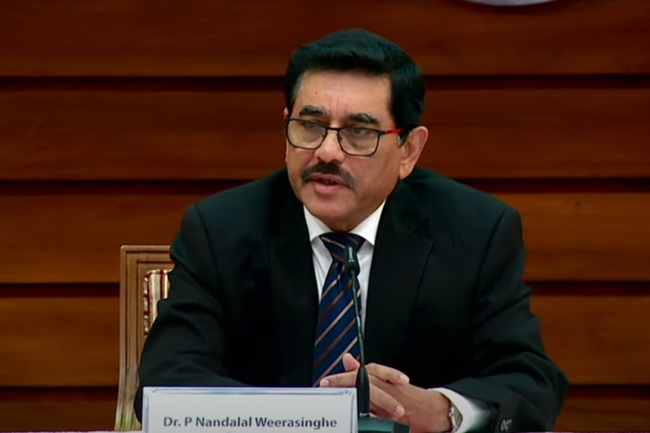 The Central Bank of Sri Lanka (CBSL) is hopeful that the International Monetary Fund (IMF) will be able to receive financial assurances from all of Sri Lankas creditors pertaining to the islands debt restructuring plan in a very short period, Governor Dr. Nandalal Weearsinghe stated.

Speaking at a press conference this afternoon (25 Jan) on Monetary Policy Review No. 01 of 2023, Dr. Weerasinghe noted that while India has given clear financial assurances to the IMF, which are acceptable by their standards, other bilateral creditors including China, the Paris Club and other smaller creditors are currently in the process of issuing these assurances.

There have been a lot of significant communications happening between the IMF and the Paris Club and other non-Paris Club members, and also with our Minister of Finance. That process is making very good progress, the CBSL Governor stated, explaining that the issuance of financial assurances is a matter between the creditors and the IMF.

He explained that initially, the creditors will issue the said letter to the IMF, following which the global money lender will decide whether the financial assurances received are sufficient to progress with the IMF board approval for the Extended Fund Facility (EFF) Sri Lanka is currently waiting on.

As a result, we hope that IMF would be able to receive the necessary financial assurances from all the creditors in a very short period,  he said in this regard.

The process is making very good progress, Weerasinghe told reporters at his office.