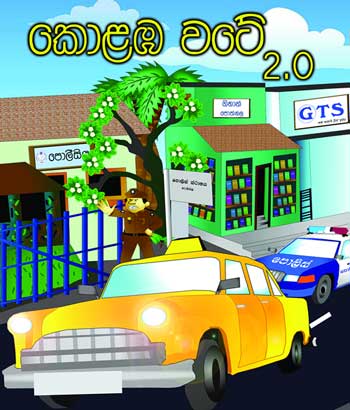 GTS wins best in South Asia for Colombo Ride 2.0 at the mBillionth awards

In keeping with the growing mobile boom in Asia, the Digital Empowerment Foundation along with the IT ministries of India and Sri Lanka hosted the first ever South Asian Mobile Content awards in New Delhi on the 23rd of July 2010.

GTS (http://gtslk.com) was able to bag the award in the m-entertainment category for their revolutionary Sinhala mobile game Colombo Ride 2.0 (http://games.lk) which was released on Independence day (4th February) in 2009.

Speaking upon receiving the award, Mr Gihan Fernando, Managing Director, Gamos Technology Solutions (GTS) said, It is a great honour in winning at the South Asian awards. We are thrilled to hear that our hard work has paid off and our game has received deserved recognition. Being selected a winner from amongst other competitive countries (such as India, Pakistan, Bangladesh, Maldives and Sri Lanka) clearly highlights the pioneering effects that we undertook to create such a creative game for the masses. I am very grateful to our dedicated team that worked on Colombo Ride 2.0 and must give out a big thanks to Godage Book Emporium, Ceylon Biscuits Limited (Munchee), HNB Assurance and a number of other companies who backed us with sponsorship deals to make this game a reality.

Receiving the award has been timely as we look forward to launching our next version of the brand Colombo Ride and this time it will come in 3D. With many new features included in the 3D version, it is sure to attract the attention of many more awards to come. The new game is scheduled to be launched on 10th October (10-10-10), he added.

About the game - Colombo Ride 2.0 a Sinhala multiplayer mobile game, launched in 2009 revolves around a taxi driver who must find passengers to make a living. The environment depicted in the game is an identical map of Colombo. It enables enterprises in and around Colombo to place their advertisements inside the game. It is an innovative way of educating those who are unaware of the roads and locations in Colombo.

During the event, many important dignitaries were present and shared their insights into the importance of mobile devices and applications.

The next killer applications for mobiles may come not from a corporate giant but a garage developer, predicted Reshan Dewapura, COO of Sri Lankas ICT Agency (ICTA). ICTs will be a key driver of economies in our region, he added.

Madanmohan Rao, Editor, The Asia-Pacific Internet Handbook says Mobile phones across the world are surpassing penetration of other media. Worldwide penetration of mobile phones is estimated at 5 billion, as compared to cars (800 million), TV (1.5 billion), credit cards (1.4 billion), PCs (850 million), and Internet (1.1 billion). There are 400 million m-commerce users worldwide. In 2009 there were 850 million m-payment transactions.

The need of the hour is socionomics  economic activity with social inclusion, summed up Vishwanath Reddy, fonder of IMImobile.