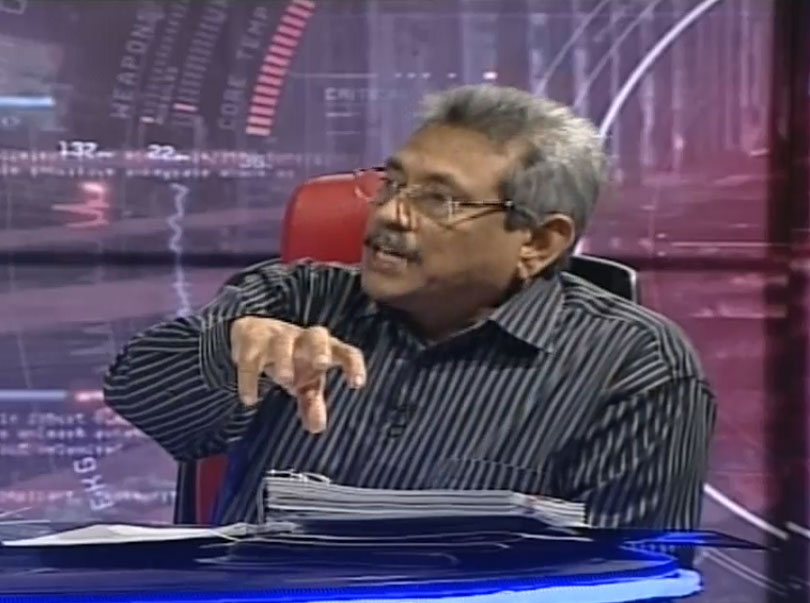 Weapons found in floating armoury are not state owned: Gotabaya

Ex-President’s brother and former Defence Secretary Gotabaya Rajapaksa on Monday (16) asserted that weapons recovered from the floating armoury in the southern port of Galle are not owned by the state.

While claiming that cabinet approval has been granted for the Avant Garde Maritime Services (Pvt) Ltd and the Rakna Arakshaka Lanka (Pvt.) Ltd, Rajapaksa expressed that both local and internationally recognised institutions have obtained its services.

The observations were made at the Derana 360° programme.

According to the ex- Defence Secretary, the firearms are owned by those international organisations who obtain services of the security firms.

He also denied allegations levelled by former Minister Mervyn Silva. Earlier, the ex-Minister accused the former Defence Secretary of being involved in several high profile assassinations carried out in the country in the recent past and also blamed him for creating the ‘white van’ culture.

Watch the full interview above:

TAGS :  Gotabaya Rajapaksa ,  floating armoury ,  Avant Garde Maritime Services ,  Rakna Arakshaka Lanka ,
Disclaimer: All the comments will be moderated by the AD editorial. Abstain from posting comments that are obscene, defamatory or slanderous. Please avoid outside hyperlinks inside the comment and avoid typing all capitalized comments. Help us delete comments that do not follow these guidelines by flagging them(mouse over a comment and click the flag icon on the right side). Do use these forums to voice your opinions and create healthy discourse.